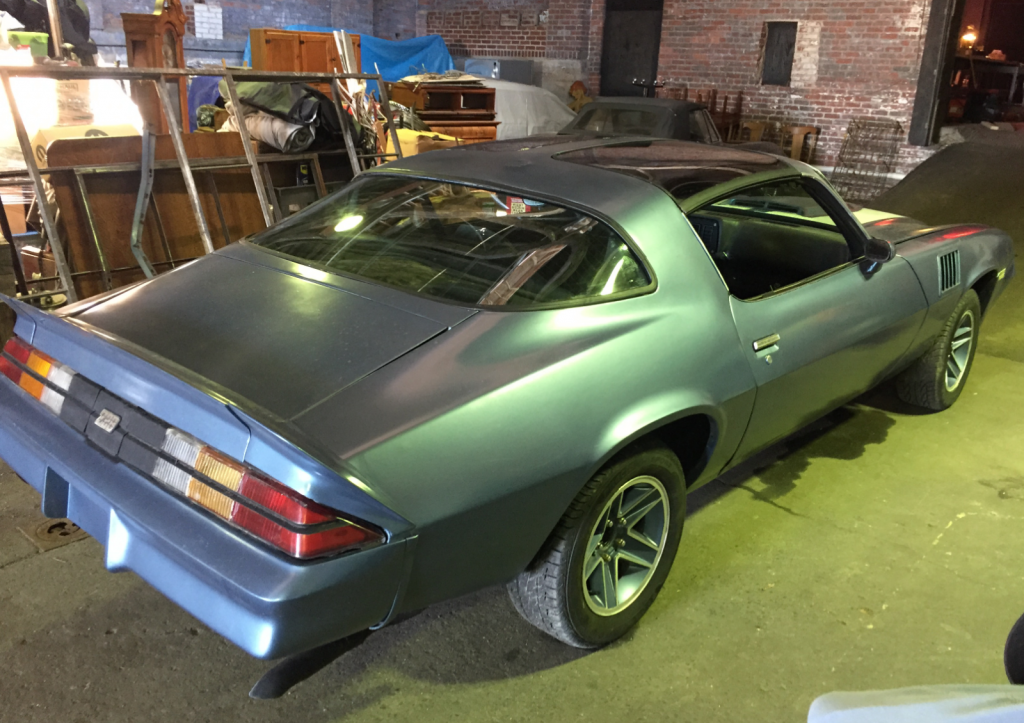 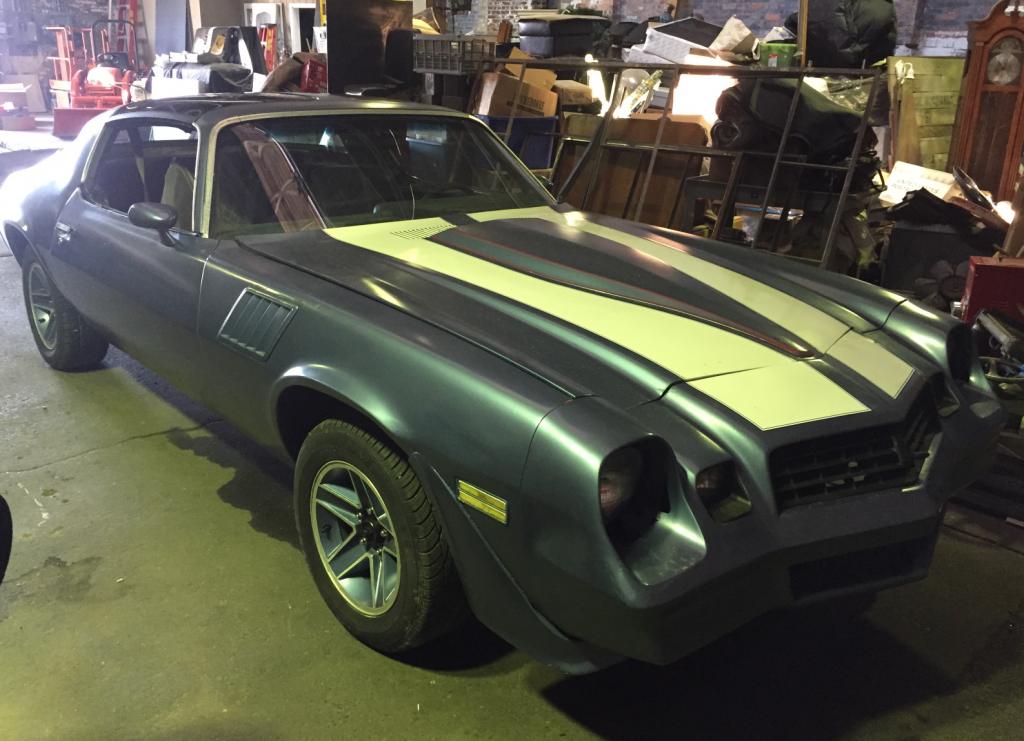 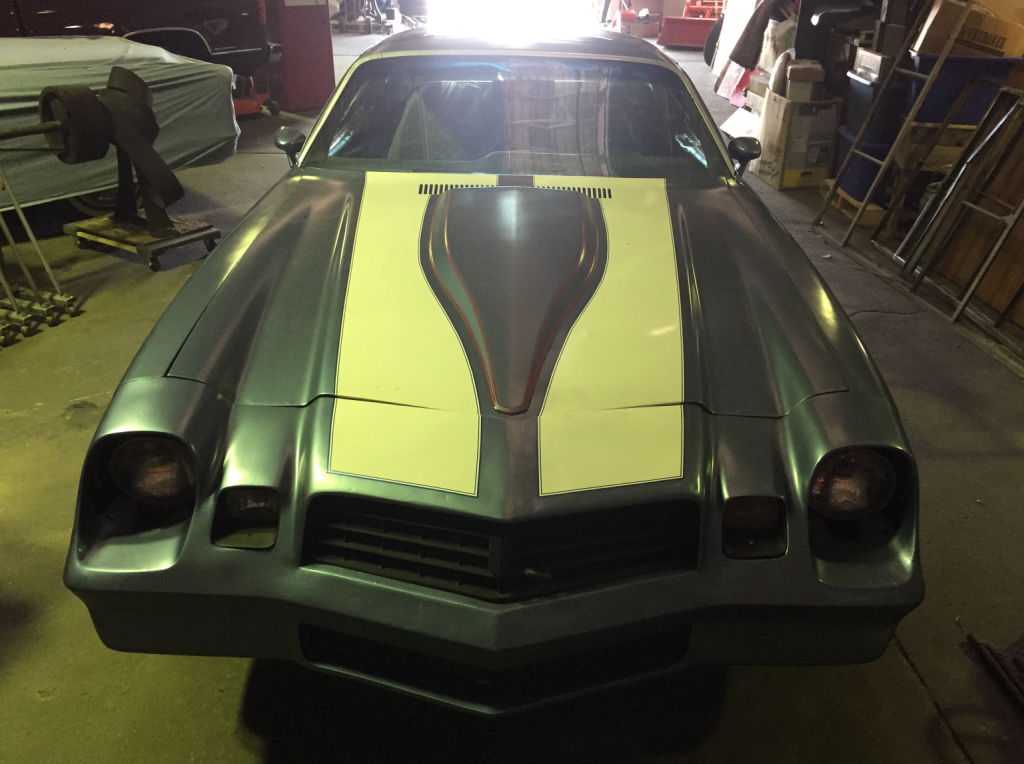 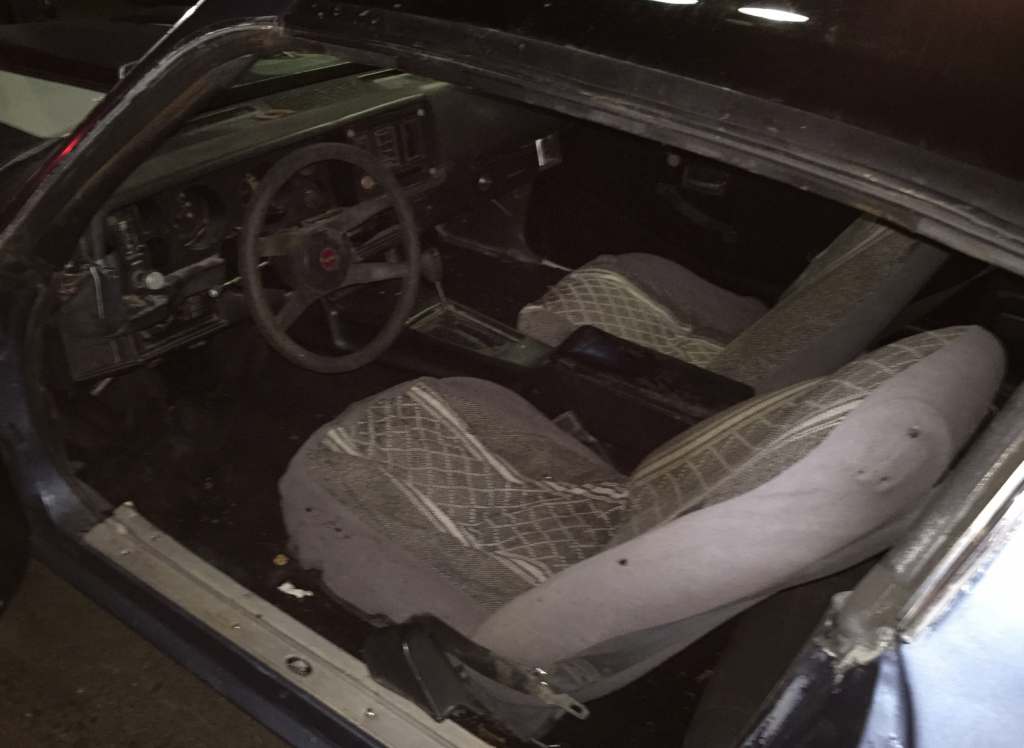 1979 Camaro Z/28
Real Z Car- Originally a 4 speed car, which has at some point been converted to automatic.

The Best way to describe this car, is that it has a very solid body with little to no rust- Possibly some spots under the floors that I have yet to find… I can’t image that there’s not some pinholes for an Ohio car, but it can’t see where this car needs floors, rockers, quarters or any welding work to speak of. The trunk it a little grungy… but it’s SOLID… which is uncommon in these cars. It’s been painted and presents decently, but there is evidence of filler in some areas… but it’s decent. The body on the car is just super solid, overall.

The interior on the other hand… is horrible. The best part about it, is that it’s all there-so you have something to work with. What isn’t stained, is torn, what isn’t torn, is ripped, and what isn’t ripped is probably broken… and if you find something that isn’t broken, there’s a good chance It’s scratched or sticky. If it’s cloth, it’s dusty or dirty.
It really, really needs an interior. The dash clips are broken and it’s basically held together by magic and spiderwebs. Could you save it and make it decent? Sure. Can it be driven like it is? Absolutely. Are you going to get the best chicks possible? Yes, you are because it’s a 79 camaro and you’re going to have the T-tops off, and you’re going to work that magic…

anyway. what was i saying… oh, yeah. Interior isn’t great. put that Second on the list of things to do.

Mechanically: Car is pretty sound- Has new tires, new windshield. Carb runs rich when you start it up but after it runs for a few minutes it’s good.
Power steering leaks a little. Trans leaks a little. Someone took the AC compressor off so that’s gone. Hood latch is sort of rigged and is super lame, but actually works.
First on the list of things to fix: I was driving the car and blew two brake lines pretty much back to back so it’s not mobile as it sits, until that’s fixed and i’m just too busy to get to it in the immediate future.

I’m really only selling the car because, well, I own 14 cars and I just picked up a 69 Roadrunner i’d like to get to before this.

This car doesn’t need all the messy welding/grinding mechanical stuff most of the others do- It was running and driving up until 4 days ago (brakes).
it needs interior attention drastically. but you COULD put seat covers on it and make it work short term. It’s a real 350 4 Speed car with T-tops- I see them going up in value.
With a little love it could be a decent car without all the most frustrating work.

I can be reached by text at 330.four nine five. 3756 with questions. Please text prior to calling.

I’m happy to help you ship and can help deliver for a fee within a few hundred miles. 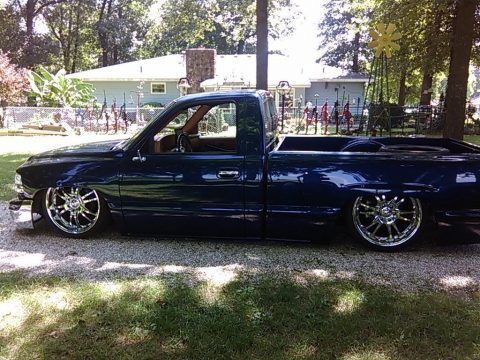 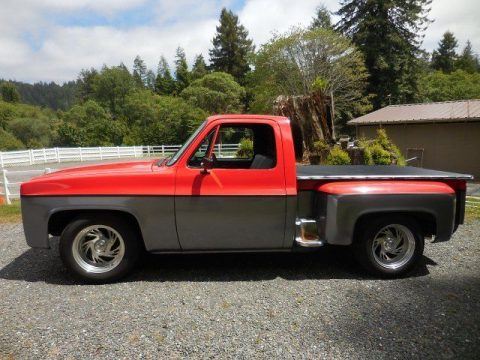 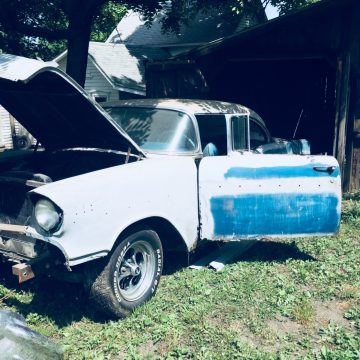 We love salvage cars! We curate the most interesting salvage cars for sale almost every day.

This website is not in any way connected to any of the brands or websites it links to. This site uses cookies to deliver its services, to personalize ads and to analyze traffic. By using this site, you agree to its use of cookies. Learn more